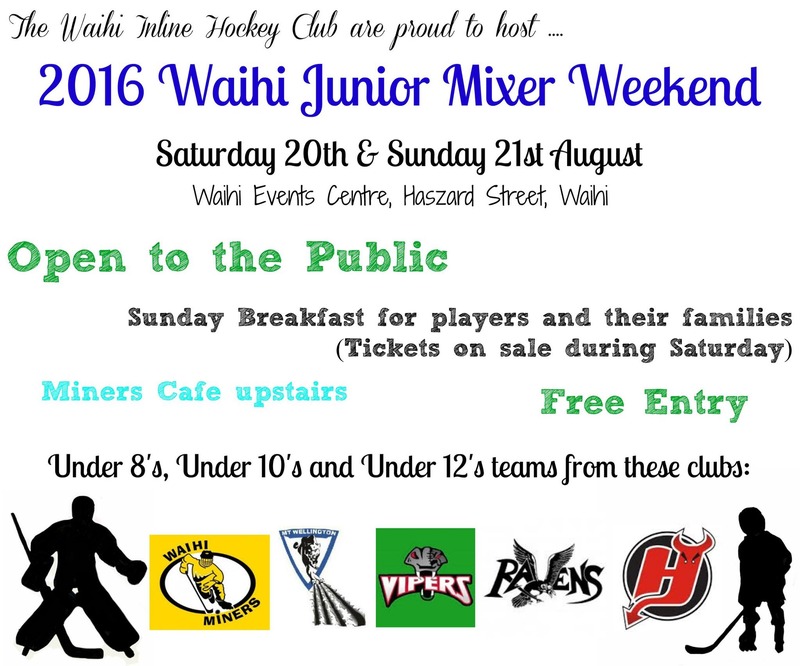 We are hosting the 2nd Waihi Junior Mixer Weekend. Under 8’s, Under 10’s and Under 12’s teams from the Hamilton Devils, New Plymouth Ravens, Mt Wellington Panthers and North Shore Vipers are coming to play against our Waihi Miners teams.

It’s going to be an action packed weekend and the best part - entry is free - so come down and watch some great Inline Hockey being played.