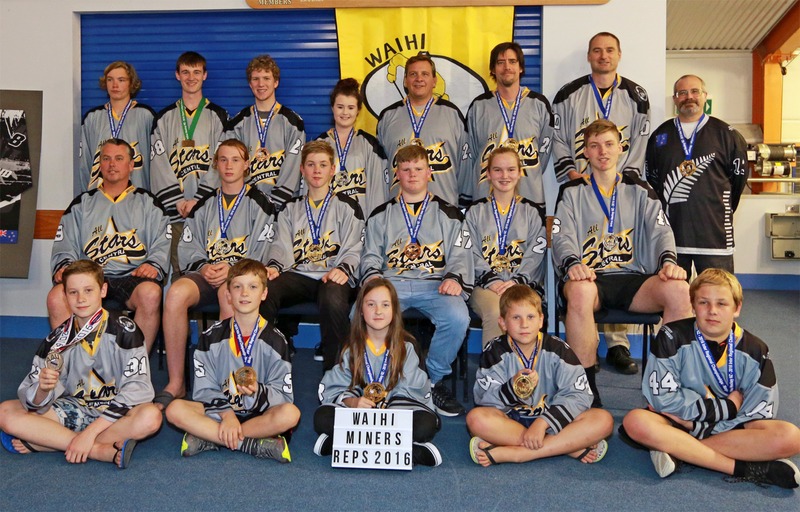 Waihi was well-represented across all grades of the New Zealand Inter Regional Inline Hockey Championships for 2016.

“We are very proud of our reps who helped their teams bring home several gold medals which was the culmination of a great year of hockey for the club,” she said.

The Central U21 team with Nick Barakat, Thomas Heays and Reid Samson, the Senior Men with Caleb Ibbotson and the Masters with Glenn Williams each took home a. bronze medal.

In addition to this Caleb Ibbotson played in goal for the Green Senior Men’s Open League team which won the Open League competition. Open League teams were selected from the top men’s players from all over New Zealand.

Joeb lbbotson, Jamie Mudford, Caleb lbbotson, Viv Barakat, Daryl Shave and Luke Burgess all played in Hawaii at the AAU Inline Hockey Championships during July with Matt Barakat and Noah Burgess going along as well as part of the New Zealand Junior Development side.